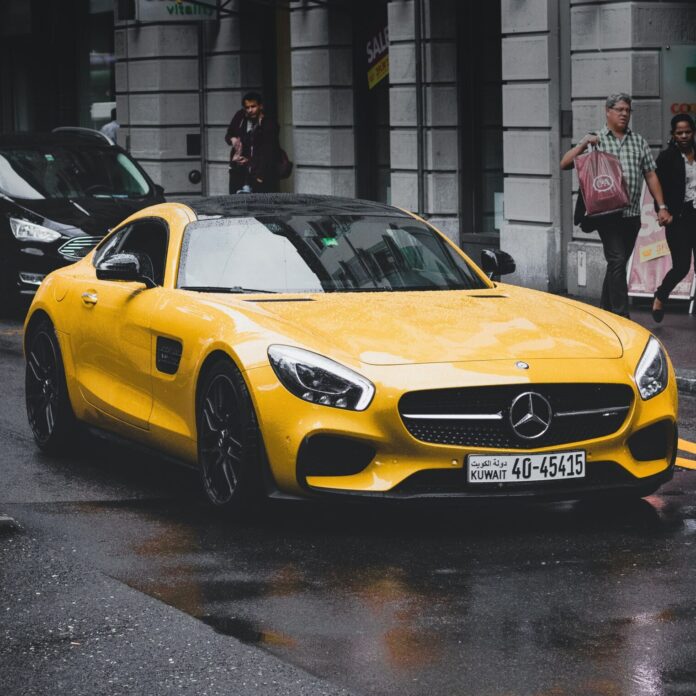 Our Best Luxury Cars for 2021 include selections for every budget. Searching for the top luxury cars, fun cars or sports cars that will get you loads of attention? We break down the top choices and share what we bought.

This car is absolutely beautiful. Whether you are looking from a distance, up close, peering through the window or behind the wheel, there is a certain aura of perfection that the GT gives off. It envelops you and pulls you into a certain trance-like state. You can buy this car for yourself, but you won’t be left alone by others who will inevitably be drawn in by these same mystical effects.

While the GT may put you in a trance, there’s only one place the R8 tries to put you and that’s behind the wheel. This car begs to be driven and driven hard. If you plan to putt along to church in the right lane, please do not buy the R8. This is a masterpiece, but it’s at the core, it’s a machine.

You will definitely get noticed in this car, but its not for the same reasons as the GT or R8. With an engine made by Ferrari, the twin-turbo Maserati is fast and the interior is suave and sophisticated, but the sound is what sets it apart. According to an actual study, the sound of a revving Maserati engine is said to stimulate sexual arousal in women. We’re not going to elaborate on that one, but we will say that we love the Trident logo and prefer the all-wheel drive Q4 S version.

Jaguar used to be one of the legends among automobiles that you talked about, but never thought you could actually own. In recent years, however, more affordable and reliable models have been introduced and sold to the masses. If you are looking to put 200,000 miles on a commuter, we wouldn’t recommend a Jaguar. But, if you want to get noticed driving to the office or meeting with clients, a Jaguar can be a wise investment. We like the appearance of the sportier S version and recommend buying a preowned model. Sites like CarMax sell a lot of preowned Jaguars and you can find plenty of options in the $25,000 range.

Tesla is the opposite of generic, but they are more common than they used to be. That said, if you have ever driven a Tesla, you’ll know why they are so popular. The torque is amazing! Whereas other automobile manufacturers are trying to put electric or hybrid engines into their vehicles, Tesla built their automobile around its propulsion system. The difference is noticeable and notable. While you’ll have to charge a Tesla, the technology has come a long way and there’s very little to necessitate maintenance and repairs. We love the Model 3 and think you will too.

The only SUV to make our list does so for good reason – it’s elegant! Land Rover isn’t known for reliability, but it is known for functionality and the Evoque adds style and pizzazz. You won’t buy this SUV for the reviews, you’ll buy it because it’s glamorous, both inside and out. Put on a pair of sunglasses and enjoy, that’s all we have to say.

Everyone we know who has had a Genesis has loved it. The Genesis is sleek, fun to drive and reliable. While we would like to see the interior upgraded just a little, this is a beautiful car that you will love driving. It won’t spend as much time in the maintenance shop as some of the more exotic cars above it on this list and you’ll feel comfortable and relaxed driving it in all weather conditions.

Did you know the Volvo S60 is both turbocharged and supercharged? That’s right, you have extra punch at both the low end and at the high end and fuel efficiency throughout. We like the boxy exterior, especially from the rear view and the interior seats are some of the most comfortable you will ever find. We would like to see the logo updated a little, but we absolutely love this car and know you’ll enjoy driving it.

When Lincoln started advertising with Matthew McConaughey, they sent a clear message that this is not your father’s Lincoln. While advertising can sometimes be misleading, we love how Lincoln has brought style and sophistication to its lineup while keep the comfort and luxury. While we also love the Lincoln Continental, the MKZ has a bit of a sleeker and younger feel that we recommend for those trying to embody the new image. If you want to do burnouts or donuts, we’d look at other options. But if you want to relax in luxury, we love the MKZ.

A Kia? Huh? Yeah, that’s the reaction we were expecting. The K900 isn’t going to draw as much attention as the other vehicles on this list, but that doesn’t mean it’s not just as luxurious. We have been told people watch for these used models to show up on sites like CarMax and they fly off the lots. The K900 is extremely comfortable and a Premium or Luxury model can be had for around $25,000. Take one for a test drive. Just don’t forget, we told you so.

So what did we buy?

Yes, we just reviewed these same choices for our own purposes and bought – the Maserati. We found a white 2014 Ghibli Q4 S with a price that was well more than half of the original cost. The sound of the Ferrari made engine is everything we described, especially in Sport mode. We love the beige interior with grey accents that gives the Ghibli a certain elegance and sophistication and we get comments everywhere we go.

Your source for reviews of the best products and services. We provide the 10 best listings in popular categories.